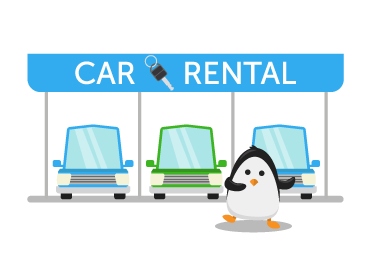 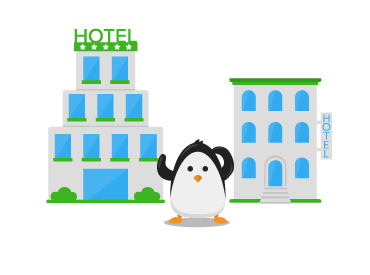 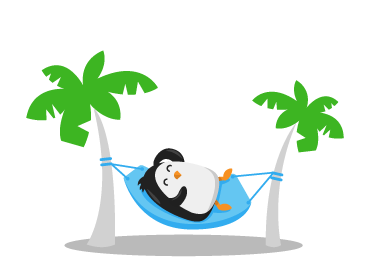 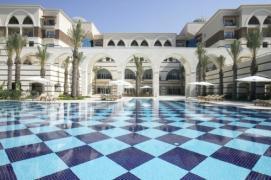 Compare cheap hotels in Rome for great deals with CompareTravel. Italy is possibly the most awe-inspiring country on the planet. Italians are passionate about almost everything they do and so it is no surprise that the country has the most UNESCO World Heritage Sites on the planet. It is difficult to turn a corner in this magnificent country without seeing the effects of Michelangelo, Leonardo da Vinci, Christopher Columbus, Marco Polo, Galileo and Julies Caesar. And when you add in the country’s wonderful Mediterranean climate, with average temperatures between twenty and thirty degrees in the summer. You can see why over forty-five million tourists visit Italy each year!

The country is brimming with attractions on a scale that no other country can come compete. Particularly when it comes to the significance of its dramatic Roman Empire heritage/culture. The more popular attractions include the Coliseum, Roman Forum and Trevi Fountain in Rome, the Duomo Cathedral in Milan and The Santa Maria del Fiore Basilica in Florence.

Not to forget St. Mark’s Square and the gondola, bridges and canals of Venice, the Greek temples in Paestrum, the aftermath of the volcano in Pompeii and the Piazza del Campo square in Siena. Other attractions worth seeing are the leaning tower in Pisa, the Catacombs of the Capuchins in Sicily and of course the Vatican City, a tiny state nestled snugly inside Rome with its amazing St Peter’s Square/Church, Sistine Chapel and Vatican Museums.

Everyone mentions Rome, Venice and Florence as the ‘must-see’ cities when visiting Italy but there are so many other places worth discovering. Some of these include a stunningly scenic drive along the Amalfi Coast, a boat trip on the enormous Lake Como in the Italian Lake District, skiing in the Alpine region or some relaxing sunbathing on a beach on the Italian Riviera. And if that isn’t enough how about some offshore exploration by visiting the country’s beautiful islands, including Sardinia, Capri, Sicily, Elba and the volcanic island of Stromboli.

The country is renowned for its gastronomic delights. Where would we be without Pizza, Spaghetti Bolognese, Lasagne, Bruschetta, Ciabatta, Salami, Prosciutto, Minestrone, Cannelloni, Ravioli, Pancetta, Carbonara, Gorgonzola, Mascarpone, Parmesan, Risotto, Panettone and Tiramisu. And if you fancy a juicy bottle of wine, some of the world’s finest wines can be discovered in the popular wine growing regions. Wine sampling tours have become very popular in Italy when wine lovers can have a few sips of luscious wines including Barola, Chianti, Amarone and Soave!

Italy is one of the most fashionable places on the planet and has many world famous designer labels to invest in if you fancy a major shopping spree during your visit. Versace, Prada, Gucci, Armani and Dolce and Gabbana are just a few of the designer brands worth considering when visiting Milan and Rome. For those on a slightly smaller budget, Italian leather goods are always an extremely popular purchase and offer great value for money, from wallets and handbags to belts and jackets.

Italy happens to be soccer mad and the lucky football enthusiast may be able to get match tickets to see any one of the country’s iconic football teams including Fuentes, AC Milan, Inter Milan and Roma. The world famous Giro d’Italia bike race and the Italian Grand Prix at Monza are also big sporting attractions. We compare the best deals in Rome, Bologna, Florence, Milan, Naples, Venice to name just a few of our top French destinations. Thank you for visiting our cheap hotels Rome page, we hope you have a relaxing and enjoyable trip.

Rome, the capital city of Italy, has to be the most dramatic city in the world! Built on seven hills, with the river Tiber flowing through its centre, Rome is breath-taking no matter which street or piazza you find yourself.

And with the city’s Mediterranean climate attracting wonderfully hot average highs, hitting over thirty degrees during the summer, the best way to discover the city’s monumental sights is on foot. Those a little more adventurous can go by rented Segway or on a supervised city bike tour!

Like Paris, Rome is a passionate city! There are very few places that exude more romance than the wonderfully atmospheric Trevi Fountain. Famous for its seductive scene in the great La Dolce Vita movie, legend has it that anyone who throws a coin into its water will return to the city some day. Amazingly, over three thousand euro ends up in the fountain every day!

Another romantic hotspot are The Spanish Steps leading up to the Spagna church, where hundreds of couples/individuals sit on the one hundred and thirty-five steps and ‘man-watch! The Spanish Steps have also been featured in many popular movies including Roman Holiday. Not only is almost every building (or ruin!) oozing with historical significance, the city has some of the most exciting piazzas/squares/plazas in the world.

Located on one of Rome’s seven hills, Piazza del Campidoglio was designed by none other than Michelangelo and contains a number of wonderful art and artefact museums in palatial buildings. Piazza Novona is famed for its baroque-styled buildings, stunning fountains and winter market, and has featured in some popular movies including Angels and Demons!

The People’s Square, or Piazza del Popolo, is a large square with an imposing Egyptian Obelisk of Ramesses II as its centrepiece and some equally impressive fountains, twin seventeenth century churches, coffee shops and street artists. Also worth a visit is Plaza Venezia, as it sits next to the seventy metre high National Monument to Victor Emanuel II.

Although not part of the Italian state, the independent state of the Vatican City is located within Rome and, after the Coliseum, has got to be experienced at least once! Only eighty hectares in size and home to less than one thousand people (including the pope!), the Vatican City welcomes up to five million visitors each year. The main sights inside the city walls include St.

Peter’s Square (with its 4,000 year-old Egyptian obelisk), St Peter’s Basilica (although not as essential as previously, it may be advisable to cover one’s shoulders and not wear shots when entering the basilica), the Sistine Chapel (with Michelangelo’s frescos/painted ceiling) and if you are really lucky you can apply for and hopefully receive an Papal Audience Ticket, which is free of charge!

Shopping in Rome can be a real treat, particularly if looking for leather jackets, bags, belts or shoes. Via Condotti and Via Borgnona are two of the more popular shopping streets, while Campo de Fiori and Porta Potese are two colourful markets worth spending a few hours in. A well deserved after-shopping meal can be had in the Trastevere ‘left bank’ area of the city.

1. The Coliseum: Iconic Roman amphitheatre built in seventy AD. The amphitheatre was most famous for its gladiator battles and its horrific executions, when Christians where thrown to the lions! Tours lasting forty-five minutes will take the visitor around the tiered seating and to the rooms under the amphitheatre that were used to house the lions and gladiators.

2. The Roman Forum: Located next door to the Coliseum, this large site contains the ruins of many historic buildings including the Temple of Vespasian and Titus, the Temple of Caesar, the Arch of Septimus and the Temple of Vesta. The Forum attracts up to five millions visitors each year. Make sure to get your Forum attractions map so you can locate everything in this vast Roman wonderland.

3. The Pantheon: Stunning Roman temple with eight giant columns and the largest dome on the planet (with a hole in its centre). Entrance is free and so the temple tends to become very crowded.

4. Palatine Hill: Overlooking the Roman Forum, this forty metre hill contains ancient ruins, including the Imperial Palace and the Stadium of Domitian. Legend has it that the hill is where Romulus and Remus were discovered by a wolf, both of whom went on to build the city of Rome.

5. The Basilica di Santa Maria Maggiore: Of the city’s twenty-five churches dedicated to the Virgin Mary, this one is by far the biggest! Inside, the visitor will discover amazing mosaics, the Triumphal Arch, the colourful basilica nave and the Crypt of the Nativity. Entrance is free.

6. National Museum of Rome: Many wonderful exhibits to see here in this fifteenth century building, including marble and bronze statutes (particularly the bronze Boxer), mosaics and frescos. Under eighteens get in for free.

7. Circus Maximus: This once glorious chariot racing stadium is now very much a ruin and used as a public park space.