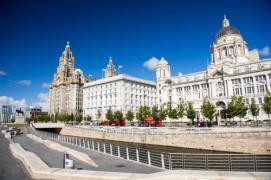 Compare cheap hotels in London for great deals with CompareTravel.ie. The diversity of the people, cultures and traditions within the United Kingdom is phenomenal, which is why it is such a perfect holiday destination.

From the Celtic heritage of the Scots, Welsh and Northern Irish, to the Anglo Saxon English, England, Scotland and Wales are filled to the brim with attractions so varied that you will need to come back again and again to discover them all. Add your destination and dates to compare cheap hotels in London for great deals.

Things to do during your hotel stay in the UK

The United Kingdom attracts around thirty million visitors to its cities each year. Most tourists visit to see its castles, towers, palaces, museums, galleries, theatres and of course, all the associated ceremony and splendid display. Its shopping streets of Oxford Street in London, Buchanan Street in Glasgow, Queen Street in Cardiff and Donegal Place in Belfast are typically thronged with eager bargain hunters!

England and its association with royalty and all the extravagant trappings that go with having a monarchy is one of the most colourful countries in Europe. From the natural beauty of The Lake District in the North West of the country to the hustle and bustle of ‘The Changing of the Guard Ceremony’ outside Buckingham Palace in London.

Up north lies Scotland, with its wondrous castles, snowy mountain peaks and famous folklore, including that of the infamous rascal, The Lough Ness Monster. Home of the Kilt, Sporran, Highland Games and Haggis, Scotland is a genuinely mythical-like place that will draw you in and rub off on you so much that you may end up with a developing soft Scottish accent before you leave!

Wales, located to the west of England, has its beautiful Gaelic accent and some of the longest place names in the world. Over half a million of the country’s three million inhabitants speak the Welsh language fluently. The country is very mountainous and has an abundance of natural treasures, including the wonderfully scenic Snowdonia region, with its imposing one thousand metre-high SnowdenMountain one of fourteen mountains within the country and its vast eighth hundred square miles national park.

Across the Irish Sea lies Northern Ireland, home to wondrous attractions including The Giant’s Causeway in Antrim, with its forty thousand basalt columns, The Titanic Experience in Belfast. This city built the iconic ship and Bushmills Whiskey, one of the smoothest whiskies on the planet. Northern Ireland is renowned for the natural beauty of its landscape, and has been used to film many of the stunning scenes from the popular Game of Thrones TV series!

If sport is your passion, then a visit to the United Kingdom will thrill every energetic bone in your body. From fantastic golf courses like St. Andrews in the east coast of Scotland to passionate ruby stadiums like The Millennium Stadium in Cardiff, Wales, the sports enthusiast will be spoilt for choice. And then there’s the soccer!

With celebrity chef restaurants, including those run by Jamie Oliver, Gorgon Ramsey, Michael Roux, Heston Blumenthal, Raymond Blanc and Rick Stein, the gourmet food lover will be more than satisfied. With all this and so much more to indulge the senses in the United Kingdom, why not become visitor number thirty million and one? The only thing you might regret visiting the United Kingdom is having to leave!

London is the European capital of theatre, with memorable shows running in its West End, like The Phantom of The Opera, Les Miserables, War Horse, The Lion King, We Will Rock You, Mama Mia, Wicked, Billy Elliot and Charlie and the Chocolate Factory, in fabulous, atmospheric theatres including The Apollo Victoria Theatre, Lyceum Theatre, Her Majesty’s Theatre, Novello Theatre and Queens Theatre. And if you want to take in a good old pop, rock, classical or opera concert, London has a venue to suit all tastes, including The O2, Royal Albert Hall and Hammersmith Apollo.

Shopping opportunities in the city are overwhelming, from the ever-popular Harrods and Fortnum and Mason stores to the eclectic Covent Garden, Camden and Borough markets. A well-earned post-shopping rest can be had in the beautiful city centre parks of Hyde Park, with its famous Speakers Corner to air your views (no matter how controversial!), and Regents Park, which has an open-air theatre and zoo onsite.

Wining and dining in London is a real pleasure with over fifty Michelin star rated restaurants to chose from, including restaurants run by Heston Blumenthal and Gordon Ramsey. Alternatively, you can spoil the taste buds on the obligatory fish n chip takeaway and Indian curry houses. No culinary experience would be complete without a trip to London’s Chinatown for some sizzling Szechuan, crispy roast duck or stir fry Chinese dishes. If you dare, another alternative is to visit the somewhat chaotic Faulty Tower Dining Experience in Charing Cross Hotel!

There is no better spot to experience the very best of London nightlife than a visit to Soho. Pulsating nightclubs, pubs, music venues, stand-up comedy/cabaret venues and trendy restaurants will entertain the visitor into the small hours of the morning. Those looking for some real full-blooded entertainment should to visit the Notting Hill Carnival in August for lots of multicultural dancing, music and so much more.

Compare great hotel deals for your trip to the UK for the lowest prices, whether you’re planning a city break, romantic getaway or family holiday. Compare cheap hotels in London today and save. We hope that you have a relaxing and enjoyable trip!

Home to the iconic red telephone box, black taxi cab and the domed police cap ‘bobby’, London is also home to over eight million people. The city is a tourist’s wonderland, attracting over fourteen million visitors each year.

There are so many sights and attractions to see in London that you are likely to fill your camera’s memory card within the first few hours of your arrival. Assisted by the city’s world-famous London underground rail network, the visitor will find it easy to travel to almost every attraction, hopping on and off any one of the underground’s two hundred and seventy stations!